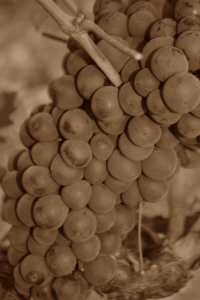 Together, Jeff and Jennifer Meyer formed Peregrine Ranch with John and Patti Saini in 2012 with the simple idea of delivering high quality wine for the growing farm to glass, wine on tap market in California.  Jeff and Jennifer live in Healdsburg in the Dry Creek Valley with their three children and assorted menagerie of animals. Currently, they help run the the day to day operations of Peregrine Ranch and interface with the sales and distribution efforts of Morris Distributing in Petaluma and Alluvial Wines throughout Northern and Southern California.  In addition to Peregrine Ranch, Jeff and Jennifer manage S&K Ranch in Healdsburg and have experiences in Development, Agriculture, Resource Management, and Finance.

The Saini’s are 4th generation Sonoma County family grape growers that have been farming grapes in Dry Creek Valley and Alexander Valley for almost 100 years. Renowned for their integrity, attention to detail and impeccable farming skills, it’s their passion for quality coupled with their experience and familiarity with the land they farm that sets them apart from the rest.  Their vineyards are some of the most highly regarded in all of California and have traditionally produced grapes that have gone into some of the best wines ever produced. Collectively with their family they manage and operate Saini Farms which is responsible for a great deal of the fruit that goes into our wine. 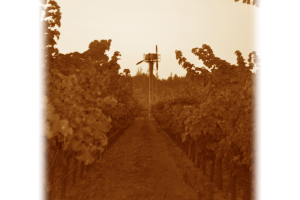 Ashley Herzberg came to love wine early in her life. Her parents had a role in this, instilling in her the importance of cooking and eating together as a family and having wine on the table at mealtime. Despite this exposure, however, Ashley initially intended to attend medical school after earning her university degree in Chemical Engineering at the University of Nevada, Reno. Four years of working in a hospital convinced her that medicine was not her calling, and modified her career goal by turning to the wine industry. Her background in science and engineering came in handy when she accepted a job as a laboratory technician at Owl Ridge Wine Services in Sebastopol.

At Owl Ridge, Ashley quickly moved up from Lab Technician to Lab Manager, benefiting from valuable mentoring by some of the top Pinot Noir vintners in California such as Merry Edwards, Greg Lafollette, Anthony Austin, and Scot Covington. Because it was a custom-crush facility with over 40 clients at the time, Owl Ridge provided her with the opportunity to gain the perspective and knowledge that would prove invaluable as she moved on in her career.

By mid-2007, Ashley found herself at Mauritson Wines as Enologist and soon was named Assistant Winemaker. In addition to making the wine at Peregrine Ranch, she works as a winemaker for Amista Winery, Bacigalupi Vineyards, and Saini Vineyards, all of which are in Sonoma County. Ashley is involved in crafting a number of varietals, including Chardonnay, Pinot Noir, Petite Sirah, Zinfandel, and Cabernet Sauvignon.

She and her husband David, who is also a winemaker, enjoy camping, traveling, gardening and spending time with their two small children.

Classy yet down-to earth, elegant yet accessible, are words that not only describe the wonderful wines, but also those at Peregrine Ranch that make it.

We have the pleasure of serving Peregrine Ranch wines on tap at our establishment, and our guests are always delighted with the abundant fruit, soft tannins, good acidity and impeccable balance of these deliciously bright wines on tap.  The wines are top quality, and an incredible value.  It is a pleasure to serve Peregrine Ranch wines of any varietal at our restaurant.